Our immune system is a complicated network of proteins and cells. That defends our body against various kinds of bacterial, viral, fungal infection and foreign particles. It has the ability to produce enormous variety of cells and molecules that are capable to specially recognize and eliminate limitless foreign invaders. The function of the immune system can be broadly divided into two activities – Recognition and Response. Immune response is remarkably specific. Furthermore, immune system has the ability to discriminate between body’s own cells, proteins and foreign molecules. After the recognition of the foreign molecules, immune system enrolls the participation of variety of molecules and cells to eliminate the foreign molecule from the body, it is known as the Effector Response. Later exposure to the same foreign molecules causes a rapid and heightened immune reaction against the pathogen to prevent the host system. Our immune system can be broadly classified into Innate immune system and Adaptive Immune system. Innate immune system is the first line defense of our system. It comprises of Physiological, Anatomical, Inflammatory and Phagocytic barrier. Like, Skin, Cilia, Lysozyme, Interferon, Complement system, Macrophages, Blood Monocytes, Neutrophils, Pain, Swelling and Redness. Adaptive Immune system is much more specific and capable to eliminate the foreign molecules selectively. Adaptive Immune system comprises of B-cell (B lymphocytes) and T-cell (T-lymphocytes). B-cells mature from the bone marrow and they have membrane-bound antibody molecules. Antibodies are glycoprotein. The binding of the antigen and antibody is much more specific, and once the antibody bind to the antigen cause the cell to divide rapidly into Memory B-cell and Effector B-cell (Plasma Cells).
T- lymphocytes also arise from the bone marrow, but then they move to thymus for their maturity. During maturation T-cell express certain antigen binding molecules, known as the T-cell receptor. One unique property of the T-cells is that, it only recognizes antigen when binding to the MHC (Major Histocompatibility Complex) molecule on the antigen presenting cells. Two well-known sub-population of T-cells are T-helper (Th) cells and T Cytotoxic (Tc)cells.
Although, the immune system has two broad branch Humoral and Cell-mediated branches, both of them require interaction among each other to induce specific immunological response. There is crosstalk between lymphoid cells, inflammatory cells, hematopoietic cells and proteins (Cytokines, MHC molecules, Complement system).
Cytokine plays a huge role in cell to cell communication, and to activate certain cell proliferation and signaling cascade induction. Just as the hormones act as the messenger of the endocrine system, cytokines act as the messenger in the immune system. They are synthesized from the White Blood Cells. The cytokines IL-4, IL-2, IL-5 synthesized from the Th cells, helps in the activation, proliferation and differentiation of B-cells, Proliferation of Thymocytes and Mast cells. Cytokines like IL-4, IL-5, IFN-γ, helps in the class switching in B-cells. The most important role of the cytokines is in the inflammatory response. Inflammatory mediators are released from Leukocytes, Neutrophils, Macrophages, Eosinophils, Basophils. Inflammatory response is a physiological response during tissue injury or any kind of infection. Persistent immune response in some diseases results in chronic inflammation, which is a pathological condition.
The most important role of the immune system is to fight against infectious diseases and foreign molecules. Our first line barrier is the epithelial surface of the skin and the lining of the gut. A major feature of the innate immunity is the presence of the normal flora, which can competitively inhibit the binding of the pathogen to the epithelial cells. Although, the innate and adaptive immune response to the pathogen provide critical defense to infectious diseases, still we see millions of deaths each year due to different kind of infection. A number of different specific immune effector molecules together with non-specific defense mechanism play role in eliminating viral and bacterial infection. For viral infection, usually immune system blocks the viral attachment to the host cell, blocks fusion of the viral envelope with the host cell and agglutinates the viral particle, kill viral infected cells and lysis the viral particle through Membrane Attack Complex (MAC). For bacterial infection, usually the immune system blocks the attachment of the bacteria with the antibodies; phagocytosis of the bacteria, complements mediated lysis and localized inflammatory response and neutralization of the toxin of the bacteria by antibody.
So, these are the reasons why we should always keep our immune system strong and healthy to fight against infectious diseases as well as with other kind of chronic diseases like diabetes, cancer etc. You can boost your immune system naturally by eating more plant-based food, taking natural immune booster supplement (containing Zinc, Vitamin C, Turmeric, Echinacea, Elderberry, Ashwagandha), consuming healthy fat in your diet, using limited sugar, stay hydrated, doing moderate exercise and getting proper sleep. 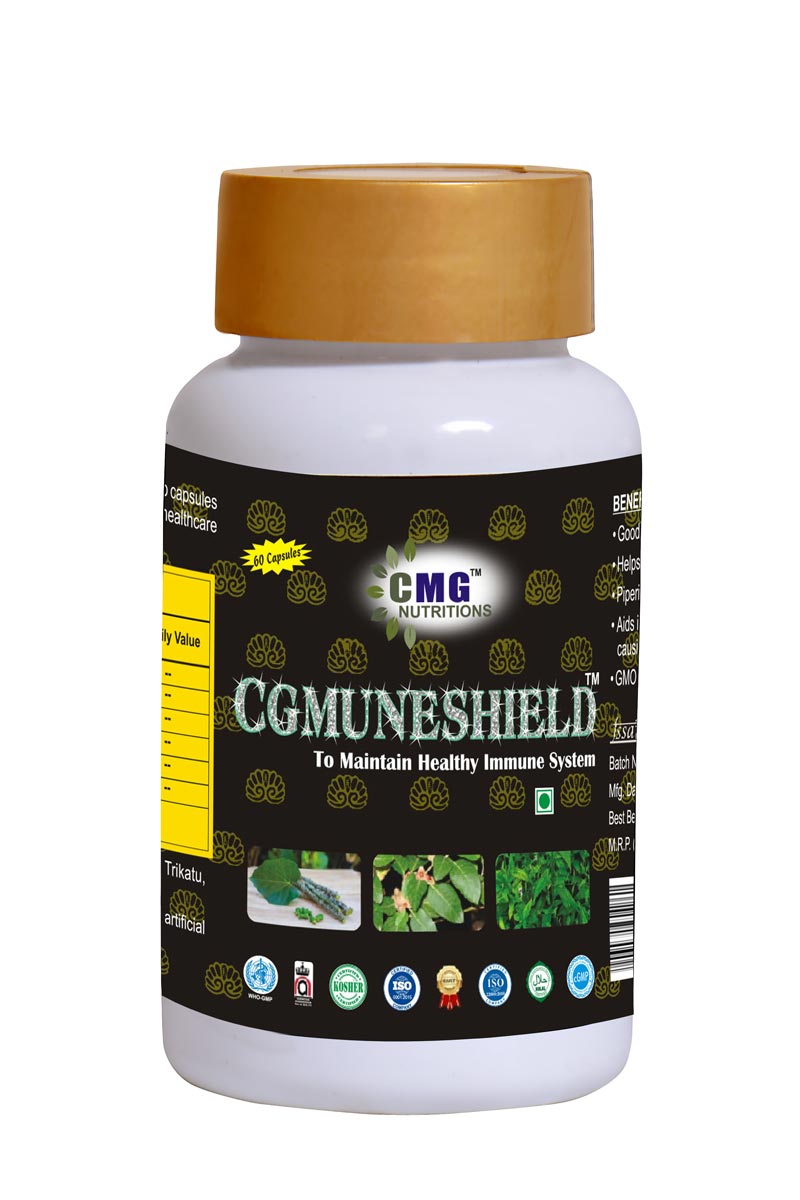 999
Add to Cart
View
Have an idea to help us improve? Send your feedback >